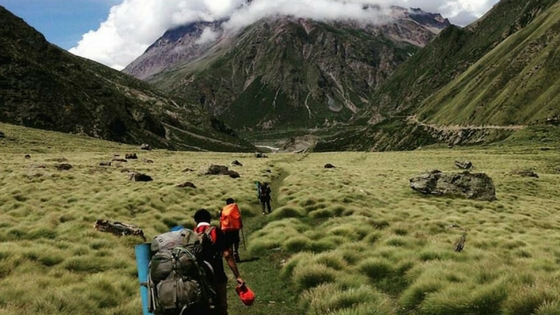 This world is a beautiful place and one lifetime isn’t enough to explore all the wonderful place this beautiful place has to offer. Now, there are also some places in the world that are beautiful and are under constant limelight and people throng to these places in huge numbers. And! Then there are other places that completely hidden from this ravaging crowd, the hidden gems around the world, that are just begging to be discovered!

Here’s 5 Hidden Gems around the world that must be on your bucket list. Chiang Rai is a city in the northern region of the mountainous province that has the same name. This city bordering Laos and Myanmar. This sleepy town with its pleasant atmosphere and less crowd – as all the crowd is diverted to its sister town “Chiang Mai”. This city is not short of historical and cultural attractions. The long tail boats that sails in the two river banks is one of the pleasant experience you can indulge in. As many people choose vibrant Pattaya, this is one of the hidden gems of the world that must be on your bucket list. Auckland – rated as the third most livable city in the world is a thriving hub of cuisines, music, art and many more. Though, one of the major cities in the country. This place is not so popular among the travelers, as most of them prefer Australia. This beauty place goes unnoticed. Be it anywhere in the city, a half an hour’s drive will take you to enchanting beaches, trekking trails and quaint islands. This is also one of the diverse city in the world with an amalgamation of beautiful cultures and the added bonus of pleasant weather throughout the year. This exquisite place that is a hidden gem of the world must definitely feature on your bucket list.

Al Ain in UAE near Dubai is an inland oasis city. Also known as the garden city of UAE for its palm grooves and natural springs. This city is also one of the oldest inhabited city in the world. This place is also the birth place of Sheikh Zayed bin Sultan Al Nahyan – who is the founder of UAE. The city still preserves the artefact of the bronze age, which testifies the age-old culture that prevailed in the country. As many people opt for the exotic Dubai or Abu Dhabi, this hidden gem is must visit and should feature on your bucket list. One of the oldest cities in the world. This absolutely stunning place overlooking the majestic Atlas Mountain ranges is one place that not many travelers come across. This city in Kingdom of Morocco is a hidden gem. The culture of this place is something that must be experienced at least once. Hence, making it a worthy contender to feature in your bucket list. A prominent city in the map of Europe, travelers forget this place for its other counterparts. This European city is one of the oldest city in the world. This city also called as the “daughter of the Baltic” as this place is located in the tip of the peninsula that overlooks the Baltic sea. This city was also rated as the livable city of the world in 2011 and world design capital in 2012. Ditch the Swiss and Stockholm this time around and this hidden gem must definitely feature on your bucket.

Updated your bucket list? If No, go ahead and do it right now. All these hidden gems around the world need to be explored before they’re caught in the eye of the storm.

For more such recommendations, visit us on Towno.

10 things to do in India before you die

10 things to do in India before you die

How a trip to Goa changed my life