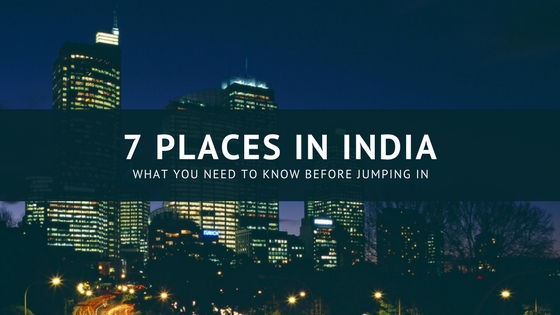 7 Places in India where Indians are Banned

India, being a democratic nation offers everyone freedom of almost everything. But, there are a few places in India, where one cannot enter, even if you are an Indian. Yes! You read that right!

Here’s a list of 7 Places in India where Indians are banned from entering. Since the name of the cafe has the word “Free” in it, you would at least expect it to be open to all. But, No! You just can’t enter this place if you are an Indian.  The cafe serves people who hold passports of other countries. If you are Indian you just can’t walk inside this cafe. The owners of this cafe justify the case, saying that there were a bunch of Indians who created a scene making a lot of disturbance to this place.

This hotel banned us Indians from entering the entering the roof-top as the owners had accused the local population had created a lot of ruckus and hurled abuses at the delegates from Japan. This is also one of the places in India, where Indians are banned. A few beaches in Goa -a few beach shacks and private properties in Goa doesn’t allow people from our country. It looks like Indians themselves are shaming our compatriots. This is also one of the place in India, where Indians are banned.

4.  A Residential Complex in Tamil Nadu.

One of the most controversial nuclear power project of recent times, the Kudankulam area of Tirunelveli district of Tamil Nadu also finds a spot in this list. The residential complex in question doesn’t allow Indians in the name of “rights to admission. The Russian delegates who are working in this project are the residents of this complex, there is no place for us, Indians to own a piece of property in this area. Located near the Triplicane area in Chennai, the capital city of Tamil Nadu. This hotel in questions reportedly doesn’t allow any of the people from our country and only serve people who hold a foreign passport. Just like the one above in  Bangalore. This low profile restaurant in Ahmedabad doesn’t allow or serve Indians only serve to the Japanese customers and the reason behind this is also something that we need to think about. The property owner states that the majority of the waitress are girls from North-Eastern India and the Indian customers keep scrutinizing the waitresses. This is also one of the places in India, where Indians are banned.

7. Foreigners Only Beaches in Pondicherry Just like Goa, Pondicherry too has joined the bandwagon. Pondicherry, which was once the French Capital in our country, bans Indians from few of the beaches. As we Indians are accused of staring at the foreign women inappropriately.

What do you think, the discrimination against Indians in our very own country, is it justified? Email us your views on hello@towno.in

15 Things Only People Who Suffer from Wanderlust Will Understand

15 Things Only People Who Suffer from Wanderlust Will…