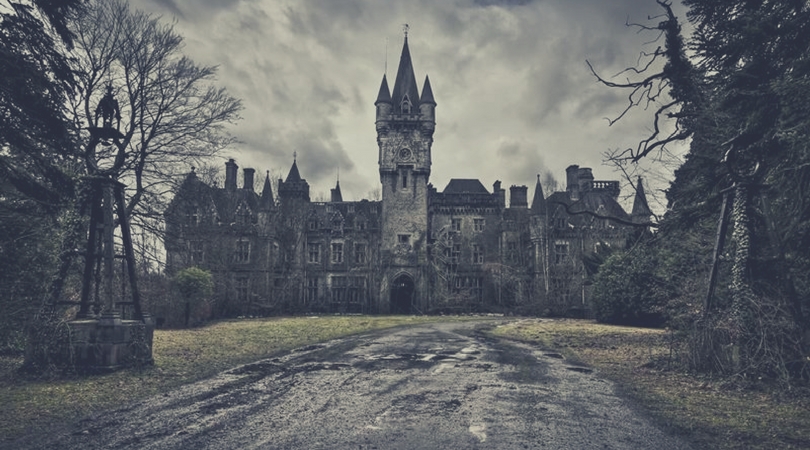 Discover thrill on your holiday by visiting the most haunted places in India.

If horror is your favorite genre, and spooky thrills you more than anything else, then its time to pack your bags and head to an adventure in these most haunted places in India.

A visit to these most haunted places in India is a daring and spooky adventure only for the brave. If you are not afraid of what walks in the dark shadows or what crawls in the silence of the night, then plan your next vacation to these haunted places.

Being the vast country India is, we have everything that can make for a great entertaining and intriguing visit that can keep you engaged.  We have it all. So, if you are looking for a few places that are un-natural (supernatural to be precise), look no further.  We bring you the most haunted places in India that are a must visit with your gang of daring friends.

The Most haunted places in India Starting off with the most popular haunted place. The world knows well about this place in Rajasthan. The Bhangarh Fort in Rajasthan has two legends that make this place haunted and both are quite surreal and makes for an interesting read.

The first legend goes like this. A king named Madho Singh built the fort after obtaining permission from a spartan named Bala. The permission was granted after giving agreeing on a condition. The condition said that the shadow of the fort should not fall upon the home of the Spartan. However, the successor of Madho Singh, who didn’t know this had raised a fortification and thereby incurring the wrath of the Spartan and the place was doomed right after that.

The second legend is an even more interesting read. The princess of Bhangarh – Ratnavathi was the cause behind the spooky spell that was cast upon the fort and the places surrounding. It is believed that a black magician fell in love with the beauty of the princess and tried to woo her by a bewitching into a cosmetic that she uses. The princess suspecting foul play somehow found this and poured the cosmetic over a boulder thereby crushing the wizard. Before breathing the last, the wizard cursed the place saying that no one would live in this place hereafter and the curse stands to this day too.

This is one of the haunted places in India, where the visitors aren’t allowed inside the fort premises after dusk. One of the strangest yet haunted places, this place in Meerut is said to be haunted and ghost sightings reported. But, there was or is no story twined up with this property yet. But, the ghost sightings are said to be there. While a few people claim that the so-called ghosts are nothing but a bunch of youths, who have made this place their den for drinking and other activities. The myths also go well along with this fact as the ghost sightings are nothing but 4 youths sittings on a table with a single candle as lighting. But, the sightings of women clad in red saree are something that was amazed people for a while now tbimauritius.

Though there is a lot of debate if this place is haunted or not, this place finds itself in the 10 haunted place in India. This famous picnic destination in Hyderabad is also said to be haunted. The Ramoji Film City also has its own share of spooky stories. This film city is said to be built on the war grounds of the Nizam Sultans and this makes it obvious that this place must be haunted. But, what transpires here will send shivers down your spines. The most affected people from the eerie experiences are women and light-men.

The dresses of the women are found torn in the hotel rooms, the leftover food is scattered and the most spooky of all is writings found on the mirrors and walls in Urdu – which was also the official language of Nizams. The light-men when handling from a great height for movie shots reportedly shares their experiences of some external pressure that is pushing them down. The soldiers are sure to be pretty naughty and love to pull pranks out of nowhere.

With the spirits of the soldiers haunting this place, the Ramoji Film city finds itself in the 10 haunted places in India. A church is an unlikely place that could be haunted. But, the Three Kings Church in Goa is an exception. The reason for the strong presence of some supernatural entities dates back to the time when Goa was ruled by the Portuguese. The story goes like this, as the name of the church goes by – Three Kings Church. When there was a fight for power between three Portuguese kings and on 6th January, King Holger invited the other two kings for “The Last Supper” and also settling peace between them and cunningly poisoned the foods and later when the staunch followers of both these kings came to know about the conspiracy, they planned to kill King Holger.

Upon knowing this King Holger also committed suicide by consuming poison. The bodies of all the three kings were buried in the church and the spirits of the kings keep a watch on the people to this day. Though, the phantoms of these kings never have hurt anyone a strong presence of something following you is felt. The Indian Paranormal Society has also confirmed the presence of the supernaturals here.

The deceased 3 Kings do not harm people, yet make their presence felt making it one of the most haunted places in India.

After the Bhangarh Fort in Rajasthan, this Village in Jaisalmer in Rajasthan is known for its eerie experience that’s experienced here. As the legend goes by, during the 1880’s the minister of the province had come here and was struck by the beauty of the daughter of the village and asked her hand in marriage and was immediately rejected. Outraged by this insult, the minister had levied exorbitant taxes on the people living here. The residents of this village and also the adjoining 84 villages suddenly migrated to another region and that too overnight and there is no proof of people moving out from the place which remains a mystery. Today if any tourists dare to pitch their camps overnight and stay back at the Kuldhara Village, they are in for an eerie experience, as a lot of paranormal presence was reported at that place. Kuldhara Village is not for the faint haunted, it is definitely one of the most haunted places in India. One proper entry in this list is the Kalpalli Cemetery. It really comes as no surprise that a cemetery is haunted. After all, the dead rest in this very place for eternity. The Kalpalli Cemetery or the St.John’s Cemetery in Bangalore is known by locals to be spooky. People who pass this place at nights have said spotting a man lurking near the graves or near the gates of the cemetery.

If you are passing by this place, keep an eye on the man, who makes this one of the most haunted places in India. One of the largest residential complexes in Thane, there are several conspiracy theory behind the haunting of this place. It is believed that an old man committed suicide under mysterious circumstances from one of the buildings. From then, the place is said to be haunted by the spirit of the old man. The residents report that they feel someone follows them in the corridor or peaks into the window. It is also said that a security guard had been slapped by a force that is invisible. It is also believed that this society was built on a burial ground.

Though on one of the posh localities of the Thane district, this place finds itself in the most haunted places in India. The Writer’s building in Kolkata was used by the writers during the British East India Empire.  3 brave Indian youths entered the building and shot Inspector General N.S. Simpsons. Simpsons is known for the oppression of prisoners in the jail. After the 3 youths found Simpsons and shot him. Even after the death of Simpsons, a  long battle ensued and the British police officers continued to try to captuer and kill the trio. Sensing no chance, one of the youths killed himself by consuming cyanide and the other 2 youths killed themselves by their own weapons.

The building is considered to be haunted by the tortured prisoners and sounds of crying and footsteps are often heard late into the night. A tragic story of martyrdom and sacrifice makes this one of the must-visit haunted places in India Have you ever heard of a beach that is haunted? No, right? But, this beach in Gujarat along the Konkan coast, south of the Surat City. This beach is known for its black sand, during the day and you can find visitors all along the coastline. But, cometh the dark – the place has an eerie vibe to it. This beach was once the burial ground of Hindus and the restless souls have been the cause for the haunting of the beach.

Many tourists have complained of paranormal activities after dusk. The howling and barking of the dogs make the case stronger. An incident was reported by a group of friends, native of Surat, who spent a day at the beach. Though they didn’t witness any paranormal activity, their photographs told a different tale – the photos had spirit orbs in it.

If you are a person who is fascinated by the paranormal, then do check out these places with your bunch of friends and get ready for an eerie experience.

If you are feeling extra brave, you can also book a tour of the haunted mines in Mussoorie through Towno here.

7 Places in India where Indians are Banned

Why is monsoon the right season to visit Goa

Free Things to do in India