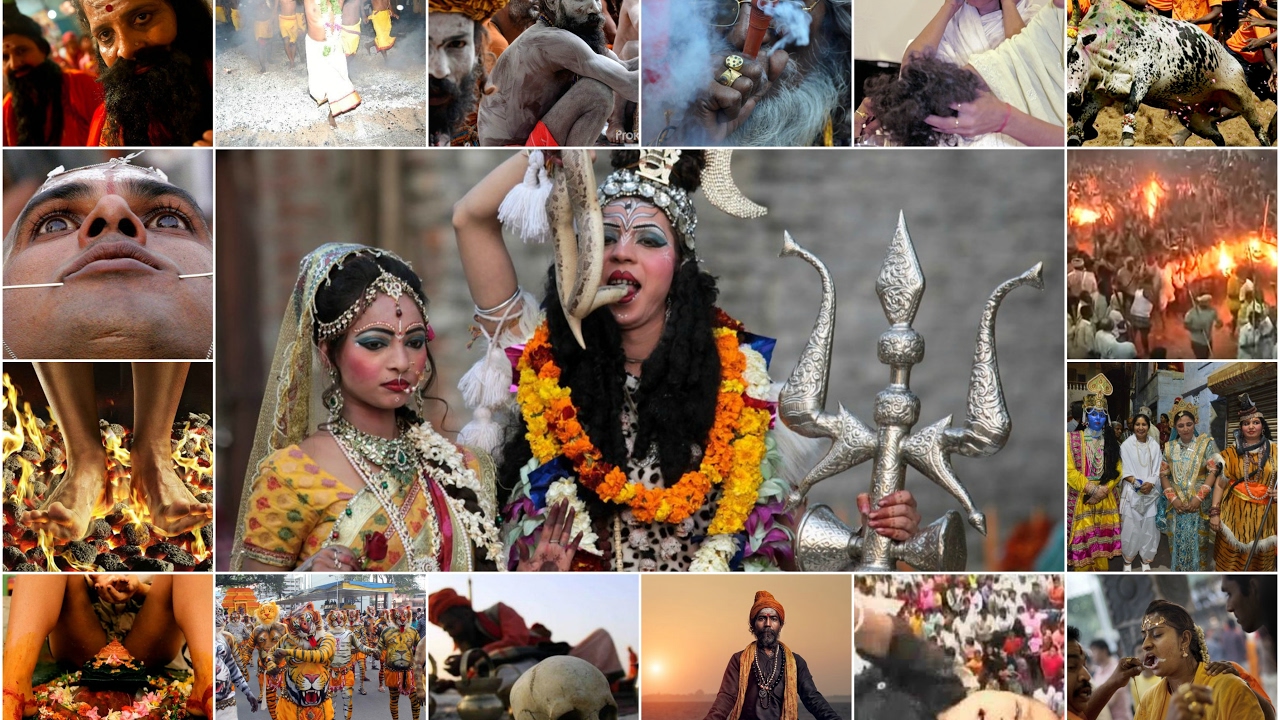 Unique Rituals and Festivals in India

India is one of the most diverse countries in the world is well-known in the world for the amazing and diverse cultures and unique rituals and festivals that are celebrated in the different parts of the country. The major strength of the country is this unique feature, which allures and entices people from all over the world to witness the happenings first hand. Though the call for having a “Digital India” and we are moving at a rapid pace at the digitalization is evident there are a few things that are still practiced in the country and will be practiced for a long time. But still, there are a few unique rituals and festivals in India, that are worth experiencing and knowing about.

Here are a few Unique Rituals and Festivals in India that will amaze you, freak you out or leave you gaping in awe.

1. The Aghori way of Life 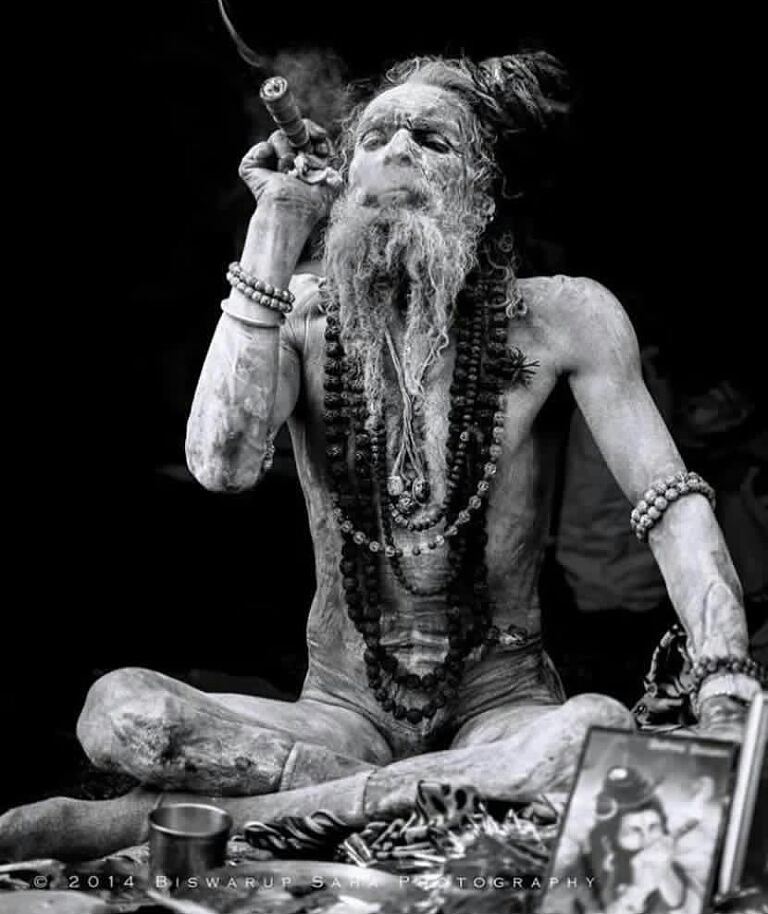 In the state of Uttar Pradesh is the famous, spiritual city – Varanasi, also called as Kashi or Banaras. Located on the banks of the holiest rivers in India – the Ganges. This city is known to be the host of many festivals, where you see tourist, pilgrims flocking in huge numbers. But, the one set of people that manages to turn quite a few eyeballs irrespective of your origin, be it an Indian or a foreigner are the ones called as the Aghoris.

Aghoris are philosophical saints who believe in renouncing the world by finding purity in filth. Yeah! You read that right. These Aghoris can be easily singled out among the crowd. With their bodies smeared in ashes and their long-matted hairs. These people eat the human remains after cremation and lead the life of nomads on the banks of the river Ganga. It is also believed that these Aghoris have tantric healing powers.

2. The Dancing Competition between the Gods 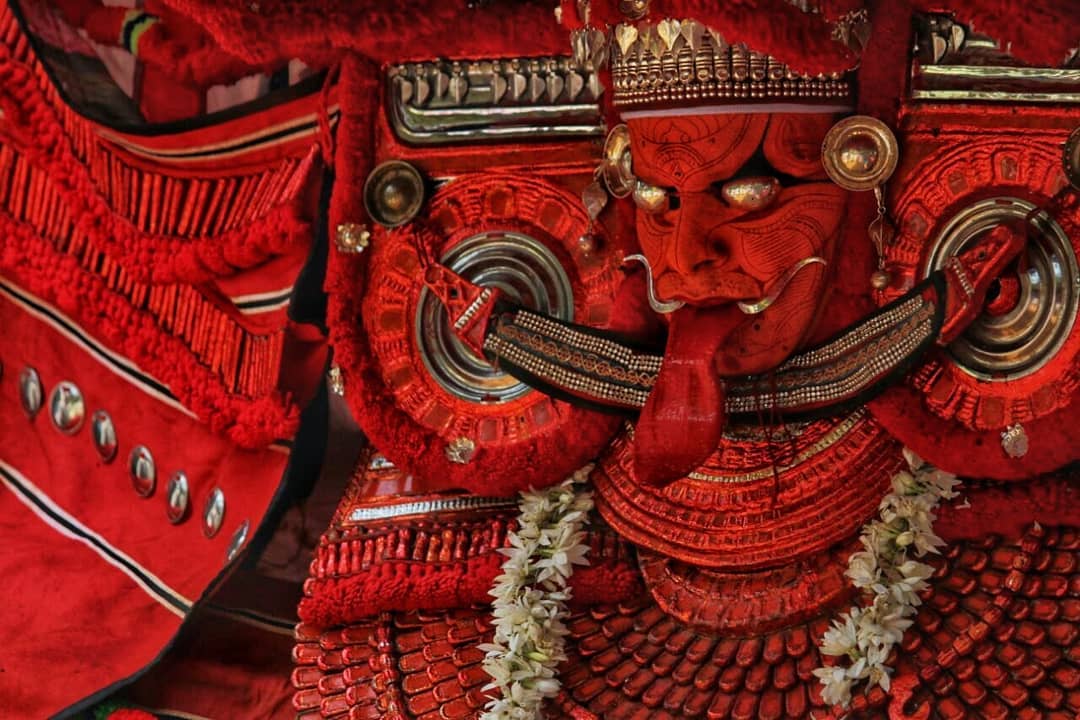 The dancers, dance around the fire. Starting slowly, and gaining pace along with the drum beat and the performance gets more intense along with beats of the drum and gets possessed. The dancers, while dancing in the possessed state and bless the, devotes, who are lined up to watch the performance. If you wish to witness this epic event, click here and book an experience.

3. The Festival of Snakes 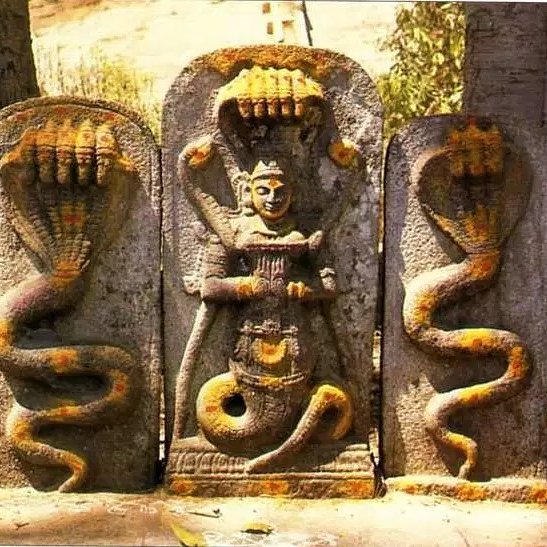 Our country has been long associated with snakes. Mythology, folklore, gods, aliens and other dimensions in the form of snakes have always been there. Thus resulting in being called as the “Land of Snake Charmers”. Across India and Nepal, the fifth day of the lunar month of Shravan is celebrated as “Nag Panchami”. The festival involves worshipping the Cobras with turmeric and vermillion powders and people even feed the reptiles with milk and sometimes even rats. It is popularly believed that snakes do not bite on the day of Nag Panchami and people without hesitation worship cobras without removing the venomous fangs. 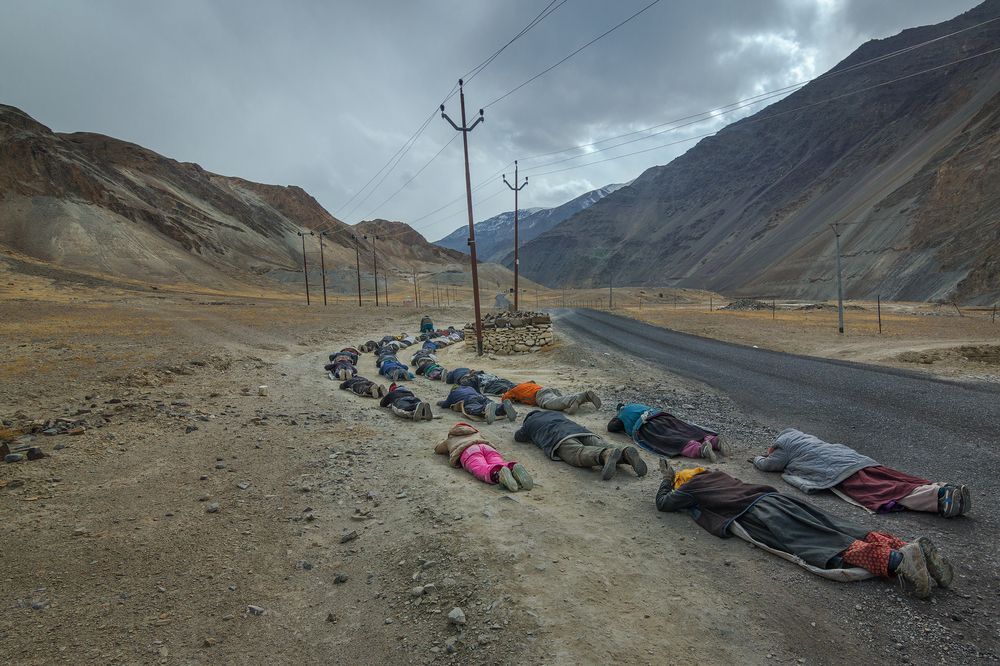 The most beautiful part of the country, in the laps of the mountains, the dream of every biker. Leh and Ladakh, a Buddhist ritual that is followed in the amazingly beautiful mountains. Every year February 20-22. This ritual is a penance aimed at seeking world peace and prosperity, where the monks move from village to village prostrating after a few steps. It is the belief of the devotees for the cause of the world peace and prosperity. 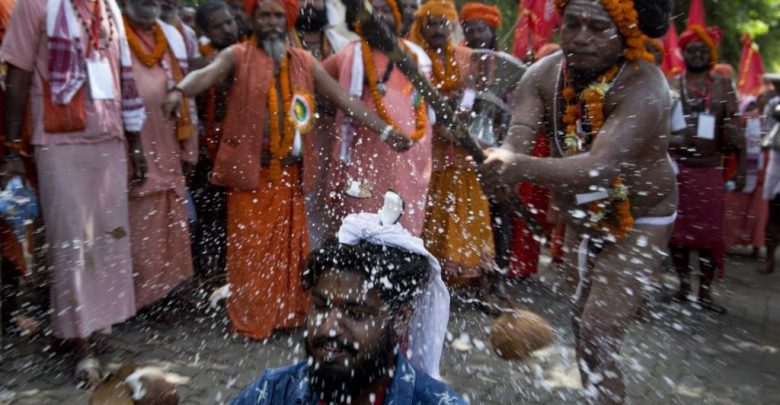 In the southern state of Tamil Nadu, every year in the Tamil month of “Aadi”. People throng to the Mahalakshmi Temple in the Karur district. The devotees willingly go and sit at the temple for the priests to smash coconuts on their heads for good luck and health. There is a strange and interesting story behind this ritual. During the British rule, the officials wanted to raze down that temple and build a railway track over the temple. The villagers were against this idea and while excavating the place. The British found stones in the shape of coconuts and struck a deal with the villagers. The British said that if they managed to break the stones with their heads. The villagers broke the stones with their heads and therefore the ritual is been followed from then on, making it one of the unique rituals and festivals in India.

If you are curious to know about all these unique rituals and festivals in India. Pack it up and get going to the places and find out more about it and experience it first-hand.

Best Places to Visit in India this August

Best Places in India to visit for the Long Weekends.